Terrarium is a dance piece created with the Simon Birch Dance Company, and was commissioned with Arts Council funding to mark the 60th Anniversary of the North York Moors National Park Authority.

Terrarium was performed outdoors, with two dancers housed in a giant transparent bubble. The music was specially composed and delivered by a 30 meter diameter circle of 8 speakers and mixed ambisonically. The audience and the bubble were positioned inside the speaker circle, creating a fully immersive experience.

Terrarium was performed across the North York Moors, in Sheffield, Leeds, London and Hull throughout July, August and September 2012

The project continued in 2013, with performances across Cornwall as part of the SALT festival, celebrating landscape and dance.

The music can also be found on the Jon’s Bandscamp site: 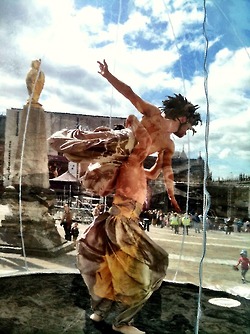 Terrarium was made from a combination of found sounds gathered across the North York Moors, together with voice and instrumental recordings, including cello, violin and percussion. Choreographer Simon Birch and composer Jon Hughes kept a record of the creative process on a blog, which can be accessed below:

A more detailed description of the project can be found in the relevant chapter of Jon’s PhD thesis below: 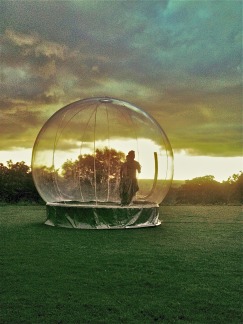